Genuine SwissTesla ™ Products enhance the energy field and vibrational state of living organisms. The Plates according to N. Tesla energize your food and beverages, help to regenerate from Electromagnetic Pollution and bring harmony to your living space.*

* please read our disclaimer below

What do SwissTesla ™ Products do?

Nikola Tesla called these plates "antennas or carriers of free energy" (method of utilizing radiant energy). -
Plates according to Nikola Tesla raise the vibrational state of energy of the human body, as measurements with radionic devices indicate. Plates according to Nikola Tesla in purple and olther colours can create a harmonizing field affecting body and soul positively. They can clean food and water on an energetic level and promote plants and vegetables in their growth and proliferation. Many people use them to support themselves, their pets and their plants in physical healing (e.g. headaches, cuts, wounds, fractures etc.) or they carry them around in order to raise their vibratory frequency or regenerate themselves from the influences of electromagnetic pollution, EMF/EMF (cell phones etc.)
The products offered do not replace medical therapy or supervision, see disclaimer below!

How long do they work?

Plates have been in use since1971 and have still the same effect as on the first day. Plates according to Nikola Tesla are, to my knowledge, the oldest Tachyon products. Contrary to others they work for an unlimited time as they recharge themselves continuously.

Can the effect of SwissTesla ™ Products be proven?

The effect of the plates can be proven with every radionic instrument, with the Biopulsar - Reflexograph®, with Quantec (instrumental biocommunication), or with GVD Bio Electrography (see below) 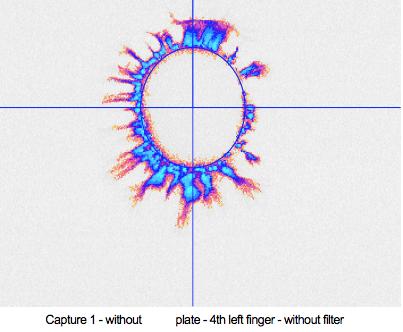 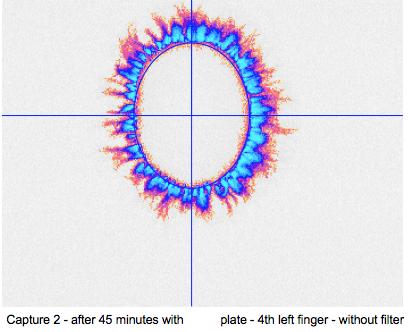 The Malaysian Nuclear Agency (Nuclear Malaysia) was requested to conduct test on samples of Plates made according to N.Tesla's patent. The purpose of this test is to analyze Electromagnetic Field (EMF) strength with and without the test samples. The highest electric field strength reductions detected for the measurement against common household Wi-Fi Modem at frequency 2.464 GHz was 55.6%.

How are SwissTesla ™ Products manufactured?

The plates are made of aluminium. The spin of the atoms and electrons of the aluminum is thus changed in such a way, that the Plates according to Nikola Tesla are said to vibrate in resonance with the fundamental energy (Chi, Prana, Orgon etc.) of the universe. The plates as we know them were developed and patented by Nikola Tesla. Ralph Bergstresser developepd them further, by colouring them purple. Here in Switzerland, there were more colours added. The field of the Plates is changed and interacts with Tachyons. The surface of the Plates according to Nikola Tesla has a crystal-structure.
Their chemical composition is the same as that of rubies and sapphires. We know that rubies give energy and thus were called "life-stones" in the Middle-Ages.

The origin of the Plates according to Nikola Tesla

Nikola Tesla himself called them antennas for free energy (method of utilizing radiant energy). They are said to transfer information from the "Schumann-Field" to the human aura. So the human (or any living) organism can bring itself back into an equilibrium on several levels and increase its vibrational frequency. The Plates according to Nikola Tesla are said not only to work as antennas but also as transmitters. Their field penetrates every material with positive energy.

The "Schumann-Field" is the natural magnetic field between the Ionosphere and Earth's surface. Dr. Schumann was a physicist from Munich, who detected the biological effectiveness of this field. Every living organism on earth needs these stimuli. Especially we human beings react very strongly, if our connection to this field is disrupted.
Natural disturbances can occur because of effects of the weather. Other reasons my be due to technical influences like AC, machines, motors, broadcast stations etc. Shielding from this natural field occurs very often in cars and ferro-concrete buildings.

Tesla called the Schumann field an energetic matrix for the life on Earth; a magnetic field and information storage at the same time. Remember, we too use magnetic fields for storage in audio- and videotapes, computerdiscs etc.

Todays Plates according to Nikola Tesla were made very well known by the book "Star Signs" (click the title to read an excerpt) by the famous writer and astrologer Linda Goodman. She attributed the most marvelous characteristics to these plates.

The Plates according to Nikola Tesla offered here are manufactured in Switzerland and come in different sizes, forms and colors, for different purposes. They are neither FDA approved nor do they replace medical therapy or supervision. See disclaimer.

In his book "Beyond Ascension" Joshua Stone

refers to the plates:

"One of the most extraordinary tools I have found to raise my overall energy and even my light quotient is the Positive Energy Plate. I am not one for gadgets. I have seen them all and I use almost none of them. The one exception I make is the use of the Purple coloured Plate, which I am sure many of you have seen. It is actually a free-energy plate. The Purple coloured Plate not only cleared the food of all negative energy ( .......), but also energized the food. Now I put all my food on it and continue to be amazed." Stone also goes on to claim that no matter what your diet is, if you use the Positive Energy Plate it will guarantee that you will get the positive energy that you need. "...I don't own stock in the company, nor do I know the person who invented them. I am just very excited about all the ways this Positive Energy Plate can be used."
--> This is the personal opinion of said author!

Tesla already mentioned Tachyon fields at the end of the 19th century and used this energy in some of his inventions. Tachyon energy is said to affect subatomic structures in an ordering way, aligning molecular structures uniformly, harmonizing life energy and weakening perturbative fields.
Tesla said, that when Tachyons are slowed down, they produce energy fields of high density. As information carriers they are said to have a very beneficial effect on living organisms and to neutralize negative fields.

The idea is, that Tachyons pass trough untreated aluminum plates without hindrance. By our treatment of the Plates according to Nikola Tesla, they get a field that slows down Tachyons the plates and get loaded with energy/information.

These are not so called scientific facts, but just possible explanations.

Use the Elementary Power of the Universe!

Hi. My name is Philip Stul and I live in Switzerland. I am very happy to be able to offer you these Swiss Made Tesla Products. All the Tesla products you can order from this website are Genuine Swiss Products! If you have any questions, issues or feedback, please do contact me! Thank you!

P.S. Do you know about the 90 day money back guarantee?

Use the elementary power of the universe !

Site NOT valid for EuropeanUnion --> for EU click here